On the restoration of St Mary’s Parish Church, Zeanuri (Bizkaia) 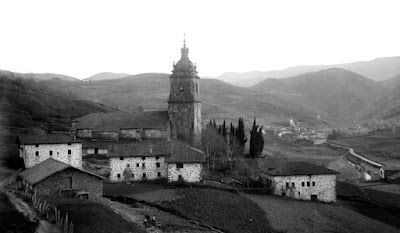 St Mary’s Parish Church, Zeanuri (Bizkaia), is located in the neighbourhood of Eleizondo, and together with the hermitage of Compassion, the Cross by Nestor Barrenetxea and the cemetery, makes up an interesting monumental ensemble. The image of a hen gathering her chicks under her wing might help us visualize the complex.

The parish church is now completely restored and shelters one of the most remarkable altarpieces in Bizkaia. Throughout its long history the temple has experienced countless trials and tribulations due principally to constant foundation problems and had to be temporarily closed on more than one occasion, the most recent being in May 1994. Following major restoration, on 15 August 2000 it reopened for worship.

Not a very widely known event occurred a hundred years ago: the church suffered a fire on 28 October 1919, Feast of Sts Simon and Jude. Its interior having been burnt down, concern and controversy aroused among locals about whether to restore it or erect a new church in the urban centre of town. The population faced a most divisive dilemma: people from the square, locally known as matxinos, supported the building of a new church on the square; rural folks, on the contrary, also called jepos, were in favour of reconstructing the old church. The latter triumphed over the former, and the parish church finally reopened its doors on 19 March 1923, St Joseph’s Day.

This is how events were reported in the press: ‘The fire broke out at half past one, and thanks to the effective intervention of neighbours, was brought into control three hours later. / Seventy church candle stands valued at some three thousand pesetas were burnt down. / The flames eventually spread across the altars and the organ, causing twenty five thousand pesetas worth of damage. / Fortunately no fatalities or injuries occurred. The blaze was accidental. / It is believed to have started as a result of a large candleholder failing to be properly extinguished at the end of high mass.’ [La Gaceta del Norte, 30 October 1919]

Echoes of the vigorous controversy surrounding the decision are found in several improvised verses of the time gathered by Eulogio Gorostiaga and of anonymous authorship. Below we transcribe a small selection:

(Houses of prayer, as tradition dictates, / used to be erected away from the square. / Now they want to build them on the square, / close to where there is so much racket. // Many hope for a new church / for which many thousands would be needed. / I shall make my desire clear, / I am happy with the old one. // I shall always keep her decency, / for the Virgin Mother is our great intercessor. / That church has been hers till now, / there the Virgin Mary feels at home.) 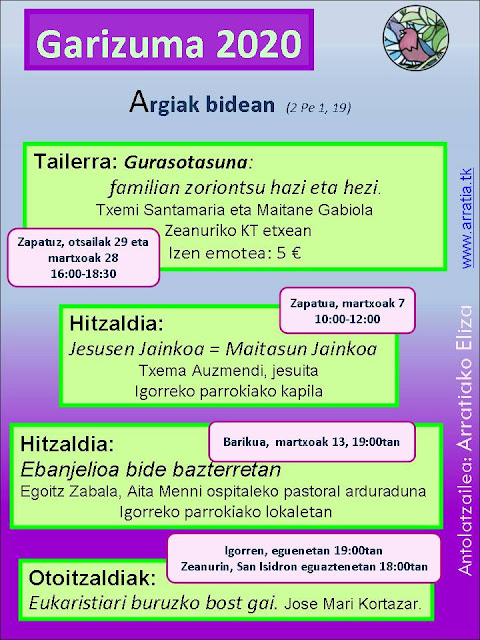